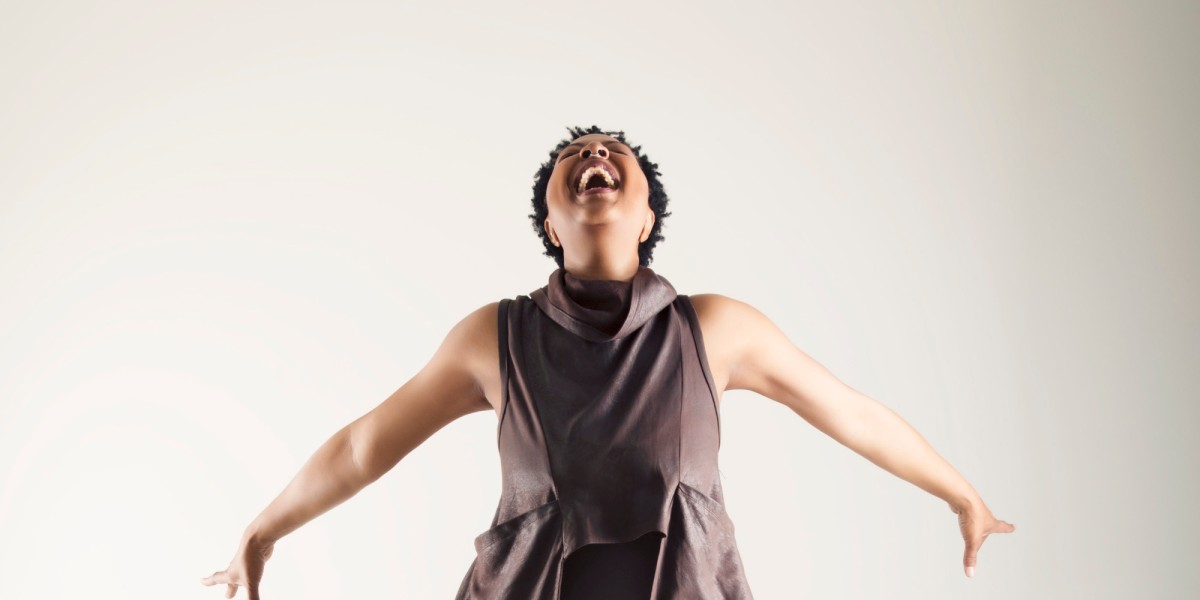 Anyone at the Virgin Mobile Corona Theatre on Saturday night in Montreal was – twenty feet from a star. 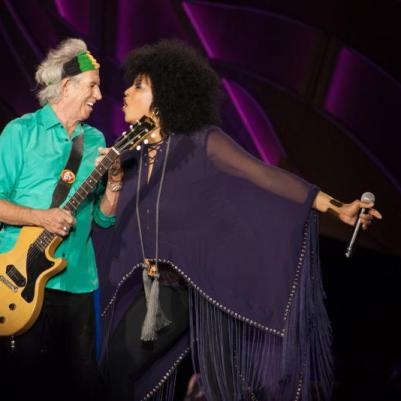 No – the star in question was not Keith Richards.

The star in question was Lisa Fischer and although she may owe a certain amount of her fame to Richards and the rest of The Rolling Stones, her fame has been earned by sheer talent. A once-in-a-lifetime voice has earned Fischer a place beside musicians like Richards, Sting, Luther Vandross and Nine Inch Nails. To name a few.

The Grammy Award winning singer and one of the featured artists in the documentary ‘ Twenty Feet to Stardom’, displayed her talents in front of a packed audience. Conveying an angelic presence to a crowd whose attention lay focused. These days – it is rare when an audience is not disrespectful to a performer. Lisa Fischer is special.

Backed by her backing band Grand Baton, Miss Fischer carried everyone on a trip. Vessels of rhythms, beats, arrangements and melodic masterpieces within a potpourri of Jazz, R&B, Soul, Rock, Pop and World Music transported souls far away from Hades. No leaks. No Mishaps. No prisoners. No problem for Fischer. 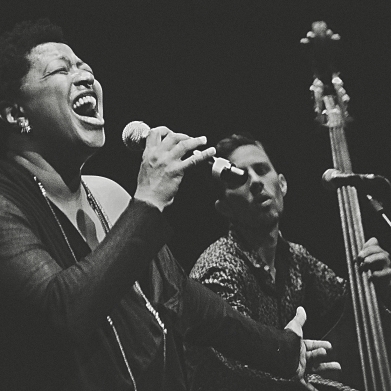 Commencing with the Amy Grant song ‘Breath of Heaven’, everyone who had only heard Lisa singing Gimme Shelter with Mick Jagger realized the depth. Like a billowy cloud floating carelessly through a spring air, Fischer’s vocals – hard and soft. Contrasting styles. An entire vocal lesson within one Gospel inspired tune (hymn?).

Eric Bibb’s ‘Don’t Ever Let Nobody Drag Your Spirit Down’ came next and never left. Instead, setting the tone for the rest of the evening. Lisa Fischer arrived within the song as it morphed into Peggy Lee’s Fever. Elvis and Madonna have covered Fever. Thousands of artists have covered Fever. No one has covered Fever as unique as Fischer. Especially when the calmness of her version evolved into the classic Zeppelin tune; ‘Rock and Roll.’ Fischer and Grand Baton know how to rock. Now – Montreal is aware that Fischer knows how to rock outside of The Stones. A heart-pounding rendition with a hint of Rock and a touch of Soul. 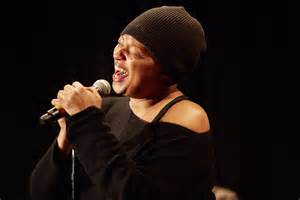 ‘How Can I Ease the Pain’ – her Grammy Winning song, brought everyone back down to earth. Goose bump kinda -stuff. Hair-on-the-back-of-the-neck kinda stuff. Fischer demonstrated why – in 1991, the Grammy was awarded, for once, to the right person. A stunning beautifully written song sung with a healing power. A pin could have been dropped into an empty well equipped with microphones in China and it would have been heard in Montreal at The Corona. Fischer commands that attention. Fischer has earned that respect.

‘Miss You’, from The Stones’ Some Girls album came next.

Fischer, once more placing her own spin on things with a fusion of Jazz and R&B. After all – who knows Miss You better than Fischer? Since 1989, Fischer has ‘walked in central park’ and ‘sang after dark’ as The Stones’ back-up singer. At The Corona, Lisa made the Stones miss her more than she missed them. Piercing vocals shadowed by darkness. It was a gas, gas, gas!

Jumpin’ Jack Flash filled a Stones’ fan’s pallette. Briefly. Once more – Grand Baton and Fischer making it their own. Compared to Jagger’s menace, Fischer’s vocals hidden from the drivin’ rain. Sheltered under rainbow – colored mushrooms with an occasional bounce into a higher stratosphere. The Jagger / Richards’ composition fresher in Fischer’s hands. Richer.

The thing about Miss Fischer, given her star-studded pals and place within the music business, is her lack of pretentiousness. As humble as a bookworm on a date with a cheerleader, Fischer’s personae as a lead vocalist somewhat sophomore-ish. Almost shy. A relief within the usual diva mentality of the majority of female Pop singers.

The late Robert Palmer was present and accounted for on Saturday evening.

Lisa and the band offering a stirring rendition of ‘Addicted to Love’. Not quite like the video version of Palmer’s hit. Once again – Fischer placing the tune into another worldly dimension complete with a haunting bass line, acoustic bliss and a slower more haunting beat. A perfect set-up for what appears to be Lisa’s signature tune.

What would a Fischer concert be without Gimme Shelter?

The song which placed her on the musical map on a grand scale. Her moment in the sun with The Rolling Stones in every show. Although somewhat expected by Stones’ fans, Fischer once more altered the tune like a ball of Playdoh. Sculpting, shaping and forming the encore tune into something different.Something breath-taking. Something memorable. A souvenir to be placed into a photo album. Pressed between pages of a musical era.

One that is commencing for Lisa Fischer …

**Due to camera malfunction, no pics from Saturday’s concert are available. Apologies.