Not many albums are great.

Most new albums contain four or five great tracks and the rest are fillers. Not by choice – it is just the nature of the beast. It is hard to write ten or more great songs. It is hard to come up with new stuff in 2019.

Have a listen below to some tracks from the album of the week. Ben Racine Band Live a Montreal.

Once a year, Pete Varvaro ( aka Smoke Meat Pete) leaves for a month. Once a year – people don’t get the Blues.

Smoke Meat Pete ( both the restaurant and the man ) not only provide the best Smoke Meat in Montreal, Pete is the only guy in the city providing live music seven nights a week. In a landscape filled with more and more live venues closing, a real tip of the hat must go to Smoke Meat Pete.

Pete’s birthday marks the reopening of the restaurant every year following a much deserved vacation. It is an occasion to not only eat cake and celebrate the man ( soon to be legend), it is also an opportunity to showcase some of the best Blues players in the city. On March 9th 2019 – patrons were blessed.

Fuel Junkie took the stage at 1pm. The band, in a relatively short career thus far, have already graced the stage at The Montreal International Jazz Festival and The Tremblant Blues Festival. They also were very close to winning the Quebec to Memphis Blues Challenge which would have sent them to Memphis to compete among the elite of the world. Smoke Meat Pete attracts the best of the best.

Led by Mark LeClerc, Fuel Junkie are a wall of sound. Horns complimenting a hard rhythm and piercing guitar solos. Vocals, harmonies and songwriting. Not a weak link within the band (which is often not the case with new bands). Fuel Junkie are (literally) schooled musicians with experience beyond the members’ relative young ages. The walls shake and keep on shaking long after Fuel Junkie have left the building. As an added bonus, young guitar phenom Justin Saladino joined Fuel Junkie which for many was a marriage made in Blues heaven. Justin beat out Fuel Junkie at the Quebec to Memphis challenge so an indication of how local musicians help one another – a signal of a healthy musical future soars high in the Quebec sky.

Everyone has a guilty pleasure and Smoke Meat Pete is no different.

Every Saturday night at 6pm (and on his Birthday), Pete picks up the guitar along with a few select musicians and has the time of his life. They say passion surpasses all boundaries and Pete’s passion for The Blues has transformed Pete from a ‘beginner guitarist’ to more than adequate in a very short time.

Pete’s partner in crime on Saturdays (and his birthday) is the imposing Hawk on vocals and harmonica. Nobody sings the Blues with as much power and force in Montreal as Hawk. The type of performer that leaves none indifferent. Whether it is belting out the Willie Dixon classic Little Red Rooster or Gloria by Van Morrison, Hawk etches his voice into your soul and months later – it continues to haunt. Like any talented vocalist, love him or hate him; his mark has been left.

Joining Hawk and Pete on stage for the birthday bonanza were Jo Hell ( guitar), Stephen Rudinsky (drums) and Ciro Scott (bass). Hell along with Hawk – the originators of live music at Smoke Meat Pete many moons ago.

Hawk’s and Hell’s showmanship may have been the lightning rods yet it is Rudinsky’s firm metronome drumming and Ciro’s bass which keeps things from falling apart. Every player in any good band needs the battery section to fall back on. It is easy for a front-man or a soloist to lose their way. Rudinsky (a veteran and much sought after session player) never wavers. His timing impeccable. The frame of the band remains strong even if the body may have some rust. Rudinsky maintains the frame with enough oil and polish to keep it on the road but adding the necessary swerves.

Following nine hours of music, smoke meat and plenty of laughter – Montreal’s Queen of The Blues took the stage.

Dawn’s star has never been so bright in her long and winding career. Not only did Watson win the Quebec to Memphis Challenge, Dawn won the IBC International Blues Contest in Memphis. Add several Maple Blues nominations and awards – Dawn has established herself as the premiere female vocalist in Quebec among the newer generation of singers.

One of the reasons Dawn has jumped ahead of her peers is the talents of her backing band. The Ben Racine Band. Ben’s songwriting and arranging talents have pushed Dawn into truly ‘finding’ herself. Ben on guitar (also winning at Memphis for guitar player of the year), combines the artful balance of modern day chops with old school sensibilities. It is all about the spaces with Ben and his band. Spaces which allow Dawn to not only breathe – to discover the creative voice inside and to paint the room in fabulous colors.

Dawn Tyler has a vocal range which can caress or levitate. The Ben Racine Band’s horn section can do the same. The group’s rhythm section can do the same. Together – Watson et al become a wall of sound as smooth as Billy Holiday’s bottom. As silky as a satin cloth or chunky as a chocolate chip cookie. Tunes from the album Jawbreaker taking the punters on a journey filled with tears, joy and spiritual awakenings. All elements of all humanity’ s life experience on display via Dawn Tyler Watson and The Ben Racine Band.

Once a year, Pete Vavaro ( aka Smoke Meat Pete) comes back after a month. Once a year – people get treated to an (almost) entire day of the Best Blues in Montreal.

The Ben Racine Band are playing at the Tremblant Blues Festival this summer. They earned it.

‘A Grand New Brew’ is their latest and second offering

in CD form. Capturing the sound of Chicago and New Orleans’ Blues combined with a little Funkiness – the disc is a planned love affair between guitar and horns.

Please listen below as Ben Racine explains the lethal combination. 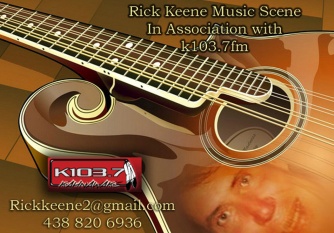 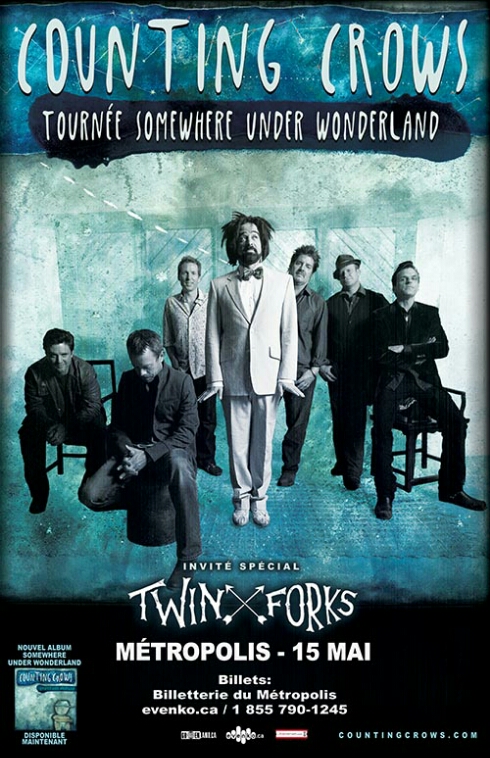