Luke Doucet and Melissa McClelland – the husband / wife duo are more comfortable than they should be. The chemistry both musically and spiritually was very apparent as they performed on the heels of their latest disc; The Northern South Vol. 2.

That album is the second installment of an homage to Blues’ classics. Make no mistake about it, on disc and live – the tunes are all Whitehorse.

Combining Rockabilly / Rock / Ballad sensibilities with Country ‘twang’ is not the only thing that separates Whitehorse from most. The harmonies between Luke and Melissa are both magical and soulful. Luke’s energy balanced by Melissa’s calmness. Luke’s Yin and Melissa’s Yang. White and the Horse.

Once upon a time – the pair did it all live. Both Luke and Melissa are multi-instrumentalists who took turns on stage filling musical gaps. Drums, guitars, bass – all interchanged through their own individualistic talents. Loops and programmed sounds were also added to fill the room with Whitehorse’s sound. Currently – a band has been added to ease the workload and place the spotlight on vocals, guitar and bass playing. Luke and Melissa focused? A force.

At L’Astral – their catalog was displayed properly. No runs of songs from the same album. Whether it was John the Revelator from their latest disc or Achilles’ Desire from The Fate of The World Depends on This Kiss. The tunes fit seamlessly in a show filled with appreciative fans. Whitehorse’s following growing more and more with each passing year. Whithorse’s experience growing with each passing album.

Every band or artist should pay attention to the duo’s success. Songwriting and musicianship done the old fashioned way is the key to both an enjoyable live experience and successful albums. It is not rocket science. Keeping it simple with enough talent and hard work is Whitehorse’s recipe for a climb which should be very high.

Did I mention the harmonies?

His latest album is a pleasure to listen to.

There are some discs ( face it – most discs) which contain great tracks along with annoying ones thrown Into the mix. Not James’ latest title; Fifteen.

The entire project is non threatening. Commencing with the first track – ‘ Sweets Gone Sour’. It’s a love song hidden in a tune about bees. Apparently – James heard a story of cell phone signals messing up bees’ signals and the bees are dying because of it. The music is standard blues fare a la James and it is the second collaboration with Gordie Johnson of Big Sugar and Wide Mouth Mason fame. The song introduces the listener to James and what is to come.

‘I’m Diggin’ rocks. James’ guitar has a definate edge on this track. Its as if the B.C native is using the power and experience of his note playing to ‘dig for not only a woman’s love but the listeners as well. Colin is so talented, it is easy to forget how talented he is. A genuine rocker which should be a mainstay on rock stations everywhere.

‘Fool for You’ is the CDs first ballad. Its a throwback to a late eighties – early nineties sound. A slow blues riff maintains a voice which has aged gracefully. Colin is Canada’s musical answer to MicheaI J Fox – the two remain youthful in appearance. On this track James remains youthful vocally with a slight raspy annotation. Play it again Sam er … I mean Colin. A nice little Samba shuffle makes it easier to do so.

‘Shed a little light’ is as sweet as song anyone can find on the airwaves in this day and age. A sweet song with piercing guitar notes. It is a tune written by Foy Vance – an Irishman who spent some time living in the states before returning to his country. Filled with gospel – induced sounds, James’voice punctuates a melody which any music professor would be proud of … 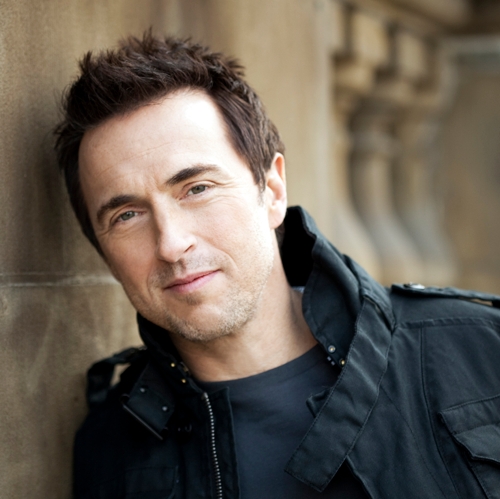 The next song is the first collaboration with Gordie Johnson. Its a shame these guys have not gotten together before. A hard edge rockin’ tune which delivers a constant ‘slap in the face’ riff throughout the song. It brings it back to a time when rock, blues and r and b were the only game in town.

‘Love for life’ is a ballad, a country-ish ballad. The type of song which makes James’ truly appear like a teenager. Close your eyes, sit back and an eighteen year old kid who chummed with the likes of Stevie Ray Vaughn and Keith Richards appears serenading the listener to oblivion.

James was a big fan of Robert Palmer’s first few discs and this song; ‘Sneaking’ Sally Through the Alley’ was on one. It is a song most people have heard but do not know the title. Deep rooted in funky New Orleans’ style, James adds his distinctive trademark guitar to a song written on the walls of history.

Lennon’s ‘Jealous Guy’ – is in hommage to the former member of the Beatles and the leader of the Plastic Ono Band. The track remains true to the original with …that’s right. James’ guitar jumping in the drivers seat. Somewhere, Yoko is smiling …

‘I Finally Wrote a Song for You’ is frightening. Not because it is bad. It is scary because it is a time warp. A mid- eighties song with a beautiful chorus. The idea came to James when he was riding his bike. Did it have a banana seat Colin and if so – where can I get one? A nice ride … 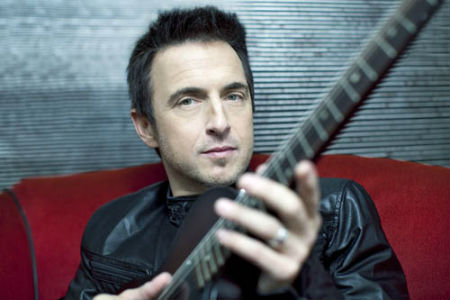 ‘No time to get there’ was recorded the same time as ‘Fool for You’. It’s obvious. The same feel grooves into the veins and dispels any rumours we are in the year 2012. The weakest track on the album – yet the best track on any up and coming blues artists’ disc.

One must wonder if The Black Crowes and the Rolling Stones were present during the recording of ‘Stone Faith’. The Crowes borrowed the Stones’ sound, the Stones borrowed Chuck Berry’s style among others and now, Mr. James borrows from them all on this track. The Stones have outlasted everyone and by channeling the iconic group – James may do the same. In Canada.

The best track on the album. ‘Oh Well’ transports all of James experience and adds a modern rock feel. Just a fantastic song to dance around the living room in underwear. No Risky business on this tune. Colin’s guitar is at it’s best and most provocative here.

‘Shoulder to Cry On’ ends the record wistfully. Inspired by Ron Sexmith , the albums’ prominent collaborator, the ballad takes the listener to a nice land where acoustic and classical guitars rule the meadow. Romantic and pure – a song which inspires a quick kiss by a garden gate …

Not a bad way for James to leave the audience.

It was at the height of his popularity.

I was a roadie for a summer. My cousin’s group; Sleight of Hand, put me through the rigors of Rock n Roll. The girls and drugs completed my basic training.

Sleight of Hand was the opening act for Jeff Healey in Lindsay,Ont .

It was exciting for everyone in the band. The Canadian blues-based guitarist was a homegrown star with songs like; ‘Angel Eyes’ and ‘ Hideaway’. The latter nominated for a Grammy award for best rock Instrumental song.

The Jeff Healey Band had also portrayed the house band in the Patrick Swayze film; Roadhouse. Bassist Joe Rockman, drummer Tom Stephen and Healey were on the top of the Canadian music mountain – peaking at just the right time.

I was setting up Sleight’s equipment and was approached by Healey’s manager. Apparently, the guy who operated the lights for Jeff’s group was running late. The manager asked me if I could do it if he did not show by the time Healy was starting.

Who was I to say no? A job which may lead to an encounter with bigger stars or prettier girls. Or prettier stars and bigger girls? 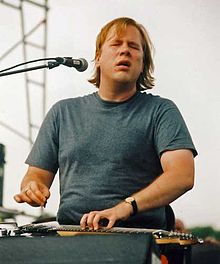 Once Sleight of Hand finished, their equipment packed away into a run – down Chevrolet van, the manager of Healey acknowledged the absence of the light guy. I was in as the man responsible for fans ‘seeing’ the blind guitarist in different colored lights.

On top of a stepladder was my position for the following two hours. Altering on cue ( according to Healey’ s solos ) – the spotlight on the band and it’s leader.

I advised the manager, although I was a fan, all of Healy’s songs were not in my repertoire as a fan. Especially not as a light dude. ‘ No worries’ stated the forty – something guy, ‘Jeff won’t notice if you screw up!’

The show went on. I missed a few cues by a few seconds while the ladder shook under my ‘skaky -due-to-nerves’ legs. All in all, a successful debut in front of 5,000 small town screaming inhabitants.

Afterwards, it was time to live the backstage life with backstage rock folks and various backstage hangers-on.

My cousin and I – sandwiched between a table of booze and a table of food, noticed Healey sitting on the couch with his arms around a not-so-pretty woman. My cousin, the sleuth he was, figured that Jeff’s bandmates had told Healey the woman in question was attractive as a joke. A ‘blind’ stab at humour.

It was confirmed later by the bass player. By then, the point and joke were moot. Healey was in love and vice versa. A match in Lindsay,Ontario.

Healey himself, following a conversation later on – one of the most down to earth guys. Not a presumptuous bone in his body. He discussed his record collection consisting of 78’s. A collection which was famous. He shared his tales of kinship with Patrick Swayze while filming the movie Roadhouse. The two had the utmost respect for one another.

Swayze having to overcome his pretty boy image to prove his acting and Healey to overcome the stigma of blindness. An unlikely bond created by the weaknesses of others. A bond created in death as both left too soon …

Healey never quite matched that period of success again – commercially. He passed away in 2008 from cancer. It was another form of cancer, retinoblastimo, which lifted his sight when he was eleven months old.

Jeff worked with many famous musicians over his career. It was Stevie Ray Vaughn who discovered him which led to his first record contract. Healey informed me of the first time they spoke.

“He comes up to me, introduces himself and goes on to say how good I am. Imagine, Stevie Ray – one of my heroes, praising me …!”

Sleight of Hand’s lead singer; Dave Bingham, was also the singer for a group called The Ugly Ducklings back in 1967. The group had a number one song in Canada for a few months. ‘Gaslight’ was a homegrown hit and managed to surpass the Rolling Stones – if only for a brief period.

Healey was a month away from releasing his first blues/ rock album in eight years when he died. Between the time I met him, he recorded and played various Jazz oriented albums, releasing three cd’s and toured Europe extensively.

Don’t know Jeff Healey that well? In the words of the man himself when I asked if I could have a drink from the table filled with booze;