From Newfoundland to Vancouver Island, Canadians all over plant flowers for everyone to smell.

Check out a few of those songs and support music everywhere. Do not stream – buy. After all, pies from your local bakery aren’t free ?

World-Jazz Singer-Songwriter Nancy Ruth Urges You to “Turn The Lights Back Down” in Sultry New Single — Available Now!

August 2020 marks not one, not two, but three crown-worthy milestones in the land of Canada’s long-iconic band; The Kings 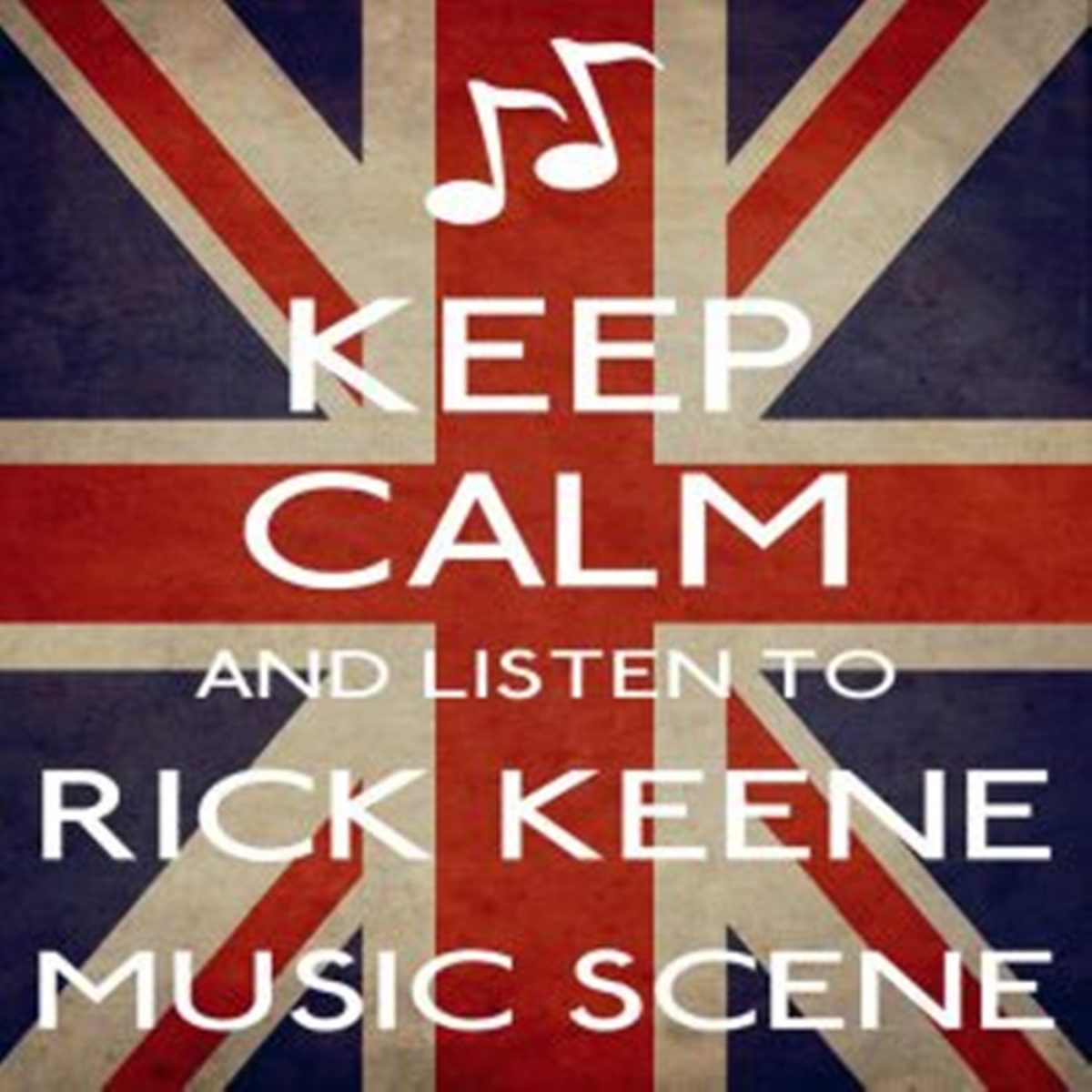 A popular name in music?

How many singers or musicians do you know named Dave?

Have a listen below and see if you know the Daves you knew?

If you are a music fan and you have not heard The Kings’ ‘This Beat Goes On / Switchin’ To Glide‘, shame on you.

It has been forty years this month since that song hit the Billboard Top 100. The Kings were ( for all intensive purposes) a one hit wonder. August 23rd, 1980, The Kings also marked history by closing the now-legendary Heatwave Festival in Toronoto. The Talking Heads, Elvis Costello, The Pretenders, Nick Lowe and Rockpile, Teenage Head, the B-52’s, and The Kings.

That story is of a hard-working band hailing from Vancouver, BC and Oakville, ON that appeared on Dick Clark’s American Bandstand, was nominated for a JUNO Award, named ‘Most Promising Group’ by Cashbox Magazine, hit Platinum-selling status, and has released five studio albums, two live albums, a live DVD, an anthology, a documentary, and numerous hit singles — including “another rocking two-fer,” “Circle of Friends / Man That I Am.”  The 2018 single was somewhat like arriving full circle; it was mixed in Nashville by industry legend Bob Ezrin (Pink Floyd, Alice Cooper, KISS), who also helmed the same role on their 1980’s debut, The Kings Are Here, and sophomore follow-up, Amazon Beach.

Their midnight appearance at the now-storied Toronto-area festival — produced by John Brower–that’s inspired the exclusive release of The Kings: Live at Heatwave, a 30-minute concert movie

“The Kings and Teenage Head were the only bands that gave permission to be filmed,” recalls founding member Dave Diamond. “As Teenage Head’s audio has disappeared, this is the only surviving, authentic, and original sync footage from that day.”

“We’d worked hard and were ready for a gig like this,” says drummer Max Styles.

The Heatwave Festival at Mosport Park turned heads from the onset between its high profile roster, ultimate crowd size, and that it sat at a cultural turning point in the evolution of new wave music. (It was also marred with some scandal, but… Aren’t they all?)

“For some reason, they didn’t film our whole 55 minute set,” Diamond muses. “But there’s almost half an hour here, and we’re very proud of it.”

The Festival team worked tirelessly to mount the most exciting event possible, given the exceptional Covid circumstances , and it required some ingenuity, some gumption, a forward-thinking perspective, and a whole lot of creativity, but the results speak for themselves and the numbers tell an amazing story:

*Over 50,000 hours watched
*60,000+ engagements during the live streams
*25 million+ digital impressions on our social media platforms

The 25 performances included live sets from some of the most celebrated musicians in the world, all of whom chose to make Montreal their home (like Bïa, Dominique Fils-Aimé, the Barr Brothers, and Charlotte Cardin and many more), while archived concerts from past Festivals including Miles Davis and Sarah Vaughan were a huge draw as well.

Jazz in the street – a special project presented by Rio TintoThere’s more to come, too! Soon! Fans in Montreal who have been missing out on seeing live music right before their eyes will be given the chance to live it all anew when a series of popup events and performances will take to the streets in the coming days. Music lovers should definitely keep their eyes open and follow their ears as different neighbourhoods will be ringing out with the sounds of jazz and hip hop between August 27th and 30th… but for now, details are forthcoming. Stay Tuned.

Honeymoon Suite were everywhere in the eighties.

Whether it was penning the title track for the Mel Gibson film Lethal Weapon or reaching the Top Fifty in the United States – Honeymoon Suite took full advantage of a decade fueled by videos.

The band was formed in 1981 and as a fortieth anniversary approaches – Honeymoon Suite are at it again.

Creativity within the Blues structure. Essential to creating great music.

Lots of new Blues albums coming out this Fall and into 2021. Some legends and some rookies.

Charlie Musslewhite and Elvin Bishop top the heap as wily old veterans while newcomer Chris Cain displays why the future of The Blues looks great.

Please listen below to some great new tunes and a precursor to the best upcoming Blues releases !

In 1919 – The Spanish Flu cancelled The Stanley Cup finals.

The only hockey player who died from The Spanish Flu was the Montreal Canadiens’ Joe Hall.

Please listen below to more oddities that point in favor of The Montreal Canadiens winning a championship and listen to some great motivating tunes.

Creativity within the Blues structure. Essential to creating great music.

Canada’s poet laureate of The Blues Paul Reddick applies creativity into his brand of music. It ain’t pure Blues, it ain’t pure Rock n Roll. It is a blend of all genres which makes up great Rock with a lot of Roll and a little bit Country.

Alive in Italia is the new Paul Reddick album. The Gamblers join him live on stage along with two very special Canadians.

Please listen below to some great tunes and a great chat with Paul.

Music is meant to be heard. Video killed the radio star after all.

Visually – concerts and music ‘mini films’ can be stunning. Messages from artists and directors alike can be solidified inside your psyche. Subliminally or conscientiously.

The appearance of musicians can form the sincerest form of flattery through imitation. A young child may evolve into the next Pavarotti or McCartney witnessing a magical video backed by sublime sounds.

Please watch and listen below to some great visuals and hear great new and old tunes. Should we call you an agent?

The correct lyric from Jimi Hendrix’s Purple Haze is ‘scuse me while I kiss the sky’.

Actually, even after knowing the authorized version of the lyric, it still sounds that Hendrix is singing ‘kiss this guy’. It is possible that he phrased it ambiguously. He certainly played around with the lyric in later live performances.

Mick Jagger plays with lyrics. Often mispronouncing sounds both in the studio and live. James Brown told Jagger; “This way – if you forget the words, nobody will know …’

Please listen below to some new tunes and see if you can understand all the words?

Sometimes – you just have to relax. Sorta.

Sit back, stop reading sad (bad stuff) on social media, have a snack and unwind.

Please listen below to some Sunday after dinner tunes.

John Oates is one half of the best selling songwriting duo in Pop / Rock history.

Hall and Oates not only conquered the seventies – they destroyed the eighties as well. Six number one hits are not part of very many songwriter’s vocabulary.

Like many musicians, Oates is layered. What you have heard within Hall and Oates is the tip of the iceberg. Sometimes – songwriters and musicians work in a genre that derives success. Why bite the guitar pick that feeds you?

Please listen below to my conversation with John Oates about Hall and Oates and his most recent project with The Good Road Band; Live in Nashville

Hall and Oates not only conquered the seventies – they destroyed the eighties as well. Six number one hits are not part of very many songwriter’s vocabulary.

Please listen below to some of Hall and Oates’ best tunes and the stories behind them. John Oates’ new track paying homage to Don Gibson? Worth the price of admission alone.

In the words of comedian Emo Philips; ‘It’s New To Me’

Just because things have never been heard before, it doesn’t mean they were not done before. The ‘tree falls in the forest’ scenario. In music – many artists come from one place and wind up in another. Travelling the globe physically and spiritually. Antennas up, hands on chords.

Please listen below to some new tunes from Paul Reddick  and John Oates among others.