Who is Cody Chestnutt?

Easy. Put Marvin Gaye, Barry White, Lionel Ritchie and practically every other R and B singer from the 1970’s into a blender, add some influence by The Roots and – TA DA! A Cody Chestnutt shake.

Shake? The audience at Club Soda did just that!

If anything, the man who just flew in from L.A – was a ball of energy. Mind you – that energy did dissipate once in a blue while in songs such as ‘Up in the Tree House‘. A tune Cody introduced comically as ‘going from the tree house to the crack house’.

The song; a Monkee-ish / Mamas and Papas / Turtles melody depicting a sentimental side to the energetic Chestnutt. A dreamy trip into the psyche of psychedelia. It was a welcome break to a concert which to that point was deliciously repetitive.

Rock, Funk, Hip Hop and Blues. Singular, accumulative or blended by genre one at a time – Chestnutt and his tight – loose band of gypsies enticed smiles from the get-go. Easy to see why The Roots chose his song ‘The Seed’ to do on their album; Phrenology,

‘That’s Still Mama’  channeled Gaye to a rhythmic ‘T’. Complete with horns and Geoffrey Gaines’ demonic bass holding Chestnutt to the ground level, Cody showcased his voice. A query to fans as Chestnutt cannot be stereotyped into a genre. At times the tune bordered on ‘Shaft’ and could well be the soundtrack to a 70’s cop show. Nothing wrong with that. No thing wrong with Joel Johnson’guitar licks either.

‘Under the Spell of the Handout’placed the keyboards in full throttle as Cody and his mates sped along with drummer Stephen Fryson keeping the pedal to the metal at a fanatic pace.

‘Love is More Than a Wedding Day‘ gave everyone a reason to smile. A summer song which the audience participated in by singing the chorus ‘ I Believe in Love’ or more to the point ” I Believe’.

That is the beauty of a Chestnutt show. Non threatening. A huge love-in. A simple reminder of why music was invented in the first place. More times than not; the audience joining in whether by Chestnutt’s demand or on their choice..

‘Gunpowder on the Letter’ a throwback to the Blues blending into Rock n Roll. A song suited for a Little Richard – Jerry Lee Lewis album. ‘Thank You‘ – perhaps exactly that. Another copy of the songs of days gone by. Sung elegantly and heartfelt by Cody and his backing vocals.

The steal of the show was Alvin Giles on keyboards. Tinkering softly or providing a piano- based rhythm a la boogie woogie on the R and B gems: the show void without him.

In short – Chestnutt followed up a very successful appearance at the PoP Montreal Festival last year with a return to Montreal at this year’s Jazz Festival. A fact not foreign to Cody himself as he said the word ‘Montreal’ or some variation thereof at least thirty times.

Yes Cody – Montreal realizes and appreciates your ability to decipher the city where you are playing. Montreal thanks you for coming and bringing the ‘real’ music ‘back’ with you. 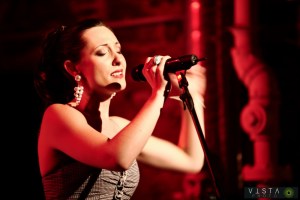 Hear My Interview with Myriam Here!

Myriam Phiro will be at

The House of Jazz 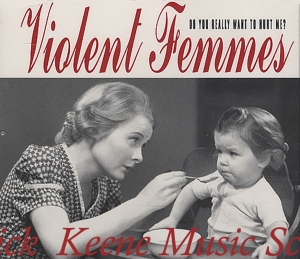