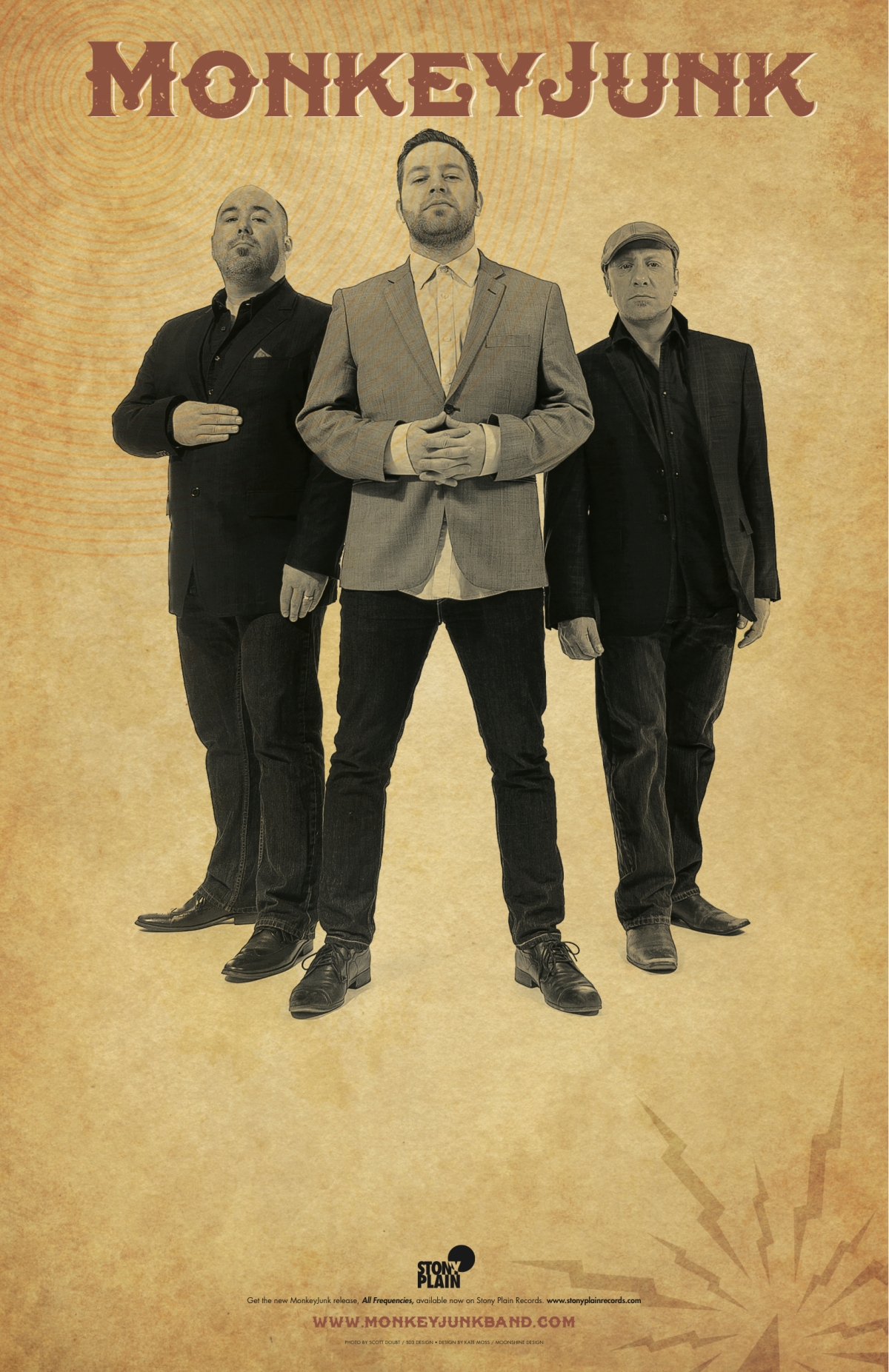 Three albums into a new career and your band is nominated for six Maple Blues Awards. Amazing stuff for a trio out of Ottawa, Canada.

Imagine winning five awards out of the six nominations. Incredible and just plain mind-altering. For Monkey Junk – an imagination is not needed. The six nominations and five wins are very much reality for the boys who carry on the tradition of The Blues.

‘All Frequencies’ – their third album is a revelation.

Seldom does an album jump out with so much freshness. Especially when it is embedded in a Blues frame which can be structured to the point of a very bad S & M scene in a film noir gone bad.

‘All Frequencies’ is that good while maintaining the bad which is good within a Bluesy culture decorated with clumps of swampy moss.

Please, have a listen to Steve Marriner of the band Monkey Junk. Possibly the best damn band to come out of the history of the Blues since The Black Crowes‘ initial boogie laced offering; ‘Shake Your Moneymaker’ in 1990.