Alain Simard and André Ménard, co-founders of L’Équipe Spectra, will be inducted into the Canadian Music Industry Hall of Fame during the next Canadian Music & Broadcast Industry Awards Gala in the Toronto Sheraton Centre.

Co-founders of L’Équipe Spectra—and, of course, the Festival International de Jazz de Montréal—Alain Simard and André Ménard have strongly influenced the cultural life of the country over almost four decades and have contributed to developing and raising the profile of the Montreal cultural scene on both the national and international level. With more than 2 million visitors annually, the Festival International de Jazz de Montréal has hosted since its 1rst edition in 1980 over 15,000 concerts with artists from all over the world.

“The impact that André and Alain have had on the musical landscape of our country has been immense. We are delighted to induct them into the Canadian Music Industry Hall of Fame this spring,” declared Neill Dixon, president of Canadian Music Week.

Dedicated to the promotion and vitality of the music, media and entertainment industries in Canada, Canadian Music Week and its Canadian Music & Broadcast Industry Awards gala annually honour leading artists and figures in the cultural life of the country. 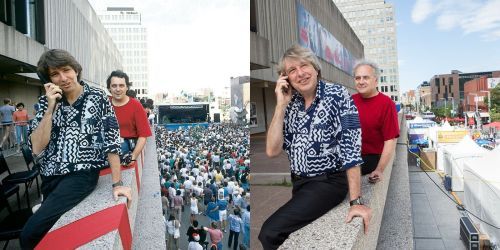